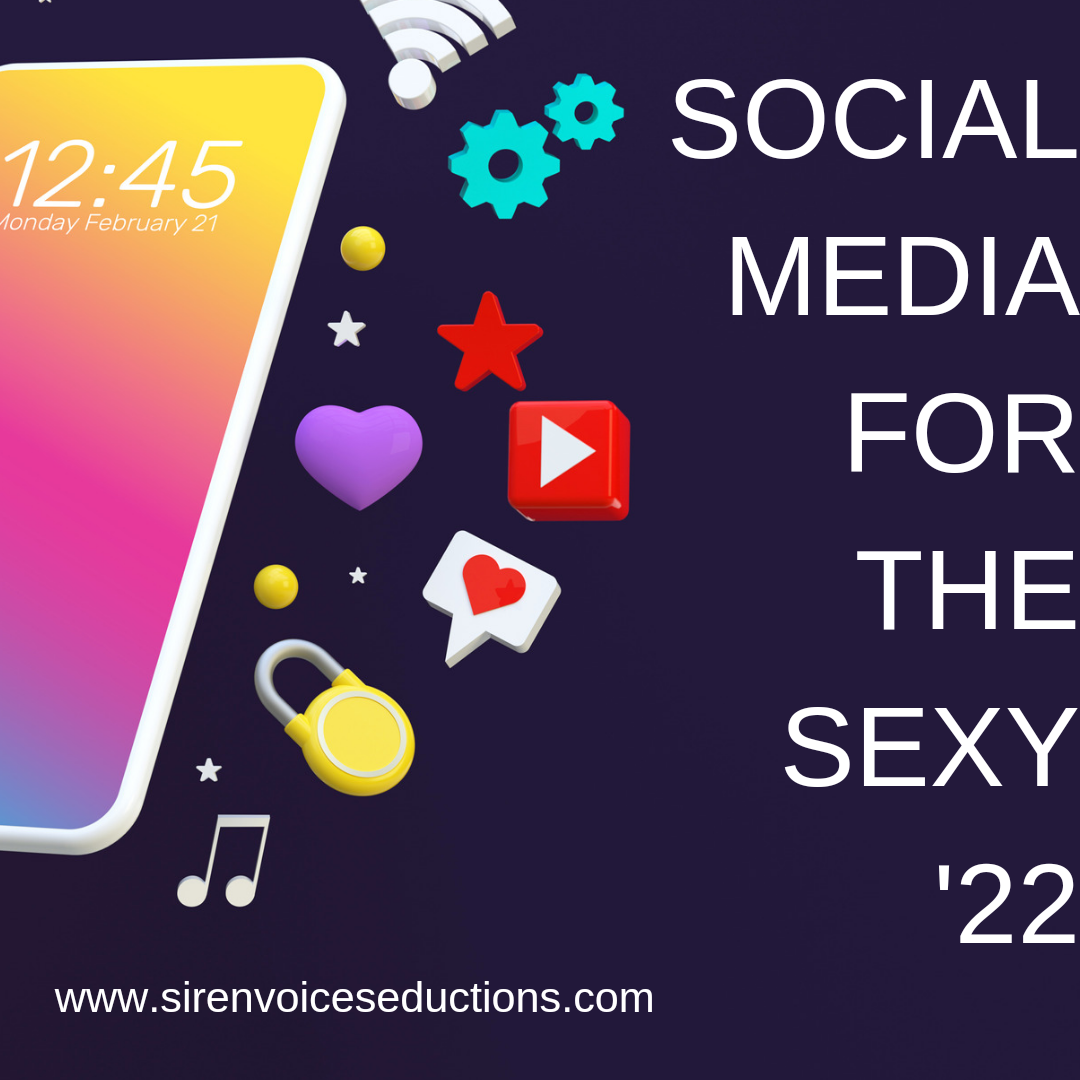 Hi there, while the secret to My sauce has always been a 10/90 ratio of social media vs the internet (the two are entirely different arena’s fyi) with the 10% being social media, it isn’t entirely a knock off, so if you’re wondering where to go as a new or even seasoned sexy worker, supporter of sexy workers, and so forth or you just don’t feel as though you should be pushed down to the algorithms of Narnia as a pay to chirp, twitter is now a privately owned company, not a public one now. Here are some of my suggestions. How you use them is solely your responsibility.

Tumblr. Is that even a thing still? Yes, but it is not like Twitter, it is essentially blogging, or micro blogging, from my experience. The chances of being seen are still about the same as pre-musk Twitter so don’t expect to be featured on the front page, Tumblr isn’t the tumblr from back when it was the new myspace, you are still required to abide by ToS, use appropriate tags and never ever solicit services, you’re just asking for it at that point, you need to use Tumblr like you would Pintrest, brief, to the point, instagram safe media and focus on re-blogs.

MV social! Yes that’s ManyVids. Honestly one of the best sexy work friendly socials I’ve seen, the variety is amazing. I will be posting more here soon. I have missed you MV social. Here is my profile link so if you’re an MV model, follow me and I’ll follow back.

Mastodon, The decentralized micro blogging site, that is pumping up in popularity, there’s various articles/videos on how to sign up, think of it as an email, example : toot.community/@{username} with the toot.community being the instance/server. You can be on a community instance or you can create your own domain, I’m still new in this journey for Mastodon, so let’s see how this goes shall we. Google is your friend here. You can find me tooting soon! toot.community/@EnchantressGem [Note, there’s no reason I’m on the toot community other than I find the word toot to be cute, and I’ll probably transition into a my own domain eventually]

Hive social, another new social media platform that’s growing in popularity, what I find nice about this place is that it’s sort of a hybrid of instagram and curiouscat, soon they’ll be implementing music playlists and quite a few interesting features for your profile, also Q&As! You can find Me on Hive here @enchantressgem

Instagram, as much as I didn’t Jump on the wagon when it became popular, I am finding it a decent alternative to twitter as well. Follow me here

There’s a few more I’ll be adding over the next few months, until now those two stand out to me personally as decent alternatives, for the moment.

Alternatively there is also, your OWN social media platform, ie: a fun club or personal blog. I’d recommend getting in on that. I put everything I had into loyalfans when it started, 2+ years ago and I’m thankful I did, I’ve seen too many socials get taken down over the years, so having a fanclub that operated on a social platform for just your loyal fans was easy, also partially because I sensed that at any given day, ones twitter profile that you’re pumping all that marketing into suddenly doesn’t even reach the bots anymore…then you’re shit out of luck, and not a dam soul gives a shit. Do not invest yourself into someone elses notepad, trust only yourself when it comes to your voice.

Many Swrs and online creators of all types are concerned about where they’ll get the same level of exposure that they did on Twitter, with its current state, but having your own website, is the best decision you’ll make as a content creator in the age of digital. It’s your arena. No one can just yoink your hard work away from you when it’s your own platform.

This site uses Akismet to reduce spam. Learn how your comment data is processed.

Support My content ~ Loyalfans.com
Support My brand ~ Branditscan.com
Scroll up